​W-Energetik - ​The Art Of Change 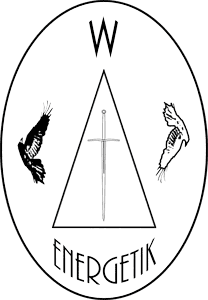 Training and Coaching for ​personality development

Increase of the own healing potential

​The ​basis of W-Energetik is always holistic.

In this case hoistic measn a real consideration of the person in view of body, mind & soul.

True health and well-being are not accessible if no basic understanding of these three aspects exists of which so many speak, but only a few understand.

That's why I give a lot of attention to the mediation of a working draught ​that explains logically body, mind and soul and is applicablee.

If one has got ​a basic ​understanding of these 3 aspects, many things disclose like by itself.

​Body - mind & soul ​out of the perception of W-Energetik 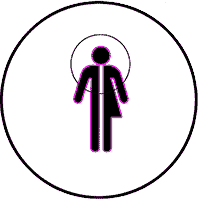 ​On the left you can see a small graphics in which I explain my model of body, mind & soul. To explain it better, I like to use ​the English concepts of:

They are not to the same as the concepts in my mother language, but as a working model it functions very well and is very easy to understand.

​In this case the human form is oviously the body, Mind would be the small circle and Spirit the big circle as a ​symbol for the effect ​beyond our own body.

​We see a person, a human being.

Male and female, because there is man and woman, but also because we carry both aspects energetically in ourselves.

Around the person a contour is to be seen which ​represents the soul.

Body and soul are very similar to themselves​ by form, because otherwise the body could not be formed.

The ​big circle has a connection with the divine potential in the soul and has symbolised that we are connected through this potential, or matrix, with all.

This potential is given to every person, but is by far not unfolded with everybody.

Nevertheless, this connection exists whether we believe in it, or not.

This brings us to the second circle.

The second circle is to be seen around the head and part of the upper ​body.

It shows symbolically our consciousness. In this case an ideal representation which connects head and heart.

Also this is rather a rarity, but it exists as a potential.

Without consciousness no life and no effect.

If the circle is lost around the head, the rest of the matrix is ​short circuit and is functioning only partly.

I often speak of Mindcontrol and the aim of external Mindcontrol is ALWAYS the controls of this circle.

You will find out further details to Mindcontrol ​if you click on the ​picture.

B​ecause this circle is connected with the body, an influencing of the consciousness ​itself also ​possible through the physical level. For example, by certain drugs, but meanwhile also ​through many environmental poisons.

​Evolution of human potential is not possible without consciousness.

​Consciousness should mean: Willful Being.

​​Questions and answers to my work

​​​What are my core attemps?

​Health, well-being and raised effectiveness or efficiency in all human areas.​

​What makes my work so special?

​My extensive knowledge from more than 20 years of study, research and application.

​These have led, among other things, to the development of my Energy-Tools which make life energy practically applicable on your own body and can also be applied to the environment.

​Is it not just energy work, like many offer?

No. Just energy work is to me not enough without wanting to depreciate this.

Because energy work can be dismissed quite easily as a placebo, believe, conviction etc.

My work, in the nucleus, is  about raising of awareness. ​

I have the aspiration to go forward with a scientific approach, so that prejudices and dogma can decrease and healthy common sense, as well as good intuition, can take again ​its fair place.

​For whom is my work ​suitable?

​People who are ready to go a little bit ​different ways than the customary ones and really would like something to change.

​Is it not suitable for everybody?

​Now, I have focussed myself in my education and study to always be able to perform assistance to every person possible, all the same on which subject.

But because I have specialised myself in the area of consciousness training and energetics, of course people fall out from the field of the possible clients who do not believe in such a thing or hold it for humbug.

No, not how it is commonly understood.

I am rather a Renegade-Healer with extremely unconventional attempts. You will find more information on this subject under "Renegade-Healer", on top or below in the menu.

Most people think, a healer cures the people, without them doing anything.

But this is not right thus. The people must always do something, so that something can happen.

And to get something going by betraying the consciousness is very problematic in my eyes, because this deception or better misconception will fire back some time later.

Every person is multi-layered and parts of his consciousness are able to produce results on the body only by the person believing in them.

This happens with more healing procedure than one thinks.

Now one could think if the person was cured, nevertheless, everything is now OK.

If you look at it from a purely physically point, yes, but in view of freedom of the soul this can sometime later become a problem.

If somebody finds out later that the healer or the healer with whom he / she connected was not able to "heal" at all, but rather working with suggestions, the symptoms can come back again.

And this only because this persons consciousness was not raised to understand which effect the own consciousness has on the body.

​So a Healer does not heal?

Before I answer this, I would like to say that for me a healer must not apply a certain esoteric method, but encloses all branches of profession. From the doctor through the physiotherapist up to the shaman.

And I think that probably most people out of the row of the shamans understand what I mean.

I believe, nobody can really heal, but provide only more or less for the conditions to be fulfilled, so that healing automatically can occur.

And I also think that the healers in the past knew this and have communicated thus.

Unfortunately, many people have delivered their responsibility concerning this and think that someone else heals them. This is wrong in my eyes on the one hand and, in addition, is very much fatal also, because thereby one never becomes really free but will always depend on the "Healer" who only knows what to do.

​What to do if I am open now for new and unconventional attempts?

​​Contact me by mail and we put out a phone appointment, or you call directly and get to know more.

​What abot the costs?

​You find out further details for my prices and the philosophy lying behind it in the Terms and Conditions below.

​You would like to get to know even more?

​You find under Blog ​articles which explain consciousness, W-Energetik  & my philosophy closer.

​What is W-Energetik and what is the meaning of the name?

W-Energetik is the name of my personal work.

It is not just energy work, even if one could call it so.

Energy work as a concept is loaded either negatively because it is cummonly held for humbug or was torn to pieces in the press and the media negatively.

Also it is such a wide concept which so many people currently use without having even the breath of a competence concerning this.

Energetics means the specific application of life energy for me.

Moreover in my eyes a high degree of knowledge and experience is necessary to apply it effectively.

And after constructing energetic objects myself, which apply life energy to a subject or the enviroment, I consider myself a little bit competent in this field.

W stands for truth and well-being.

As seen on my homepage, W-Energetik ist the name of my personal work, that I apply as the Renegade-Healer and is rooted in the philosophy of UsedToBeSomebody.

The symbol that I have constructed for my work contains 2 birds, a pyramid & a sword.

The pyramid stands for consciousness in a healthy and stable form.

The sword stands for the need to separate things and also to fight for them.

The birds symbolise the change from darkness to the light and at the same time the divine grace which allows this always.

Moreover, the sword can be understood as a cross that everybody must bear to become free.

In addition, a cross is also seen as a symbol for Christ and shows my affiliation to him.

Dogma has no place in W-Energetik, because the basic concepts will question this over and over again.

Mindcontrol refers to the Mind of the person, a part of the trinity:

The Mind is according to Websters:

The element or the aggregation of elements in individuals, that feels, perceives, thinks, wants and concludes or judges rationally.

Mindcontrol, as it is applied from the outside to us, has the aim to control this area, without the individual knowing and still convinced, to be full in own control.

The technologies behind it are researched for centuries and are used in our society every single day very effective.

Mindcontrol is for me, however, also the paraphrase of a perception that I have a Mind and pay attention to what it does and balance it steadily with my ideas.

It is a sort of error correction in our own system which is steered or initiated from an area in the "Spirit".

Mindcontrol, as I define it, is a central component of my work, that can be a tool or approach, in order to fathom and change yourself.